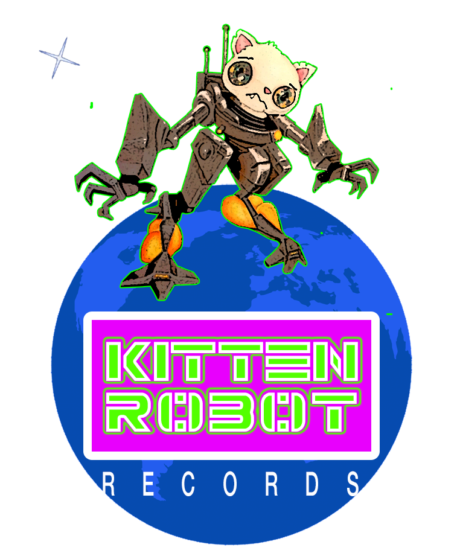 L.A.-based independent record label Kitten Robot was founded in 2018 by Josie Cotton, who already owned Kitten Robot Studio. The label was initially born out of the idea of consolidating her recording catalog so that it could be found on one label in its entirety.  With the label set up, in-house producer Paul Roessler mentioned that many great artists who worked at the studio didn’t have homes for their music.  With that in mind, the label began to expand to include additional artists from across the musical spectrum.

The first to release was CrowJane with her critically acclaimed debut Mater Dolorosa.  The label grew slowly at first, and then not so slowly.  Currently, Kitten Robot has releases out by San Luis Obispo-based pop/punk outfit Hayley and the Crushers, Kira (of Black Flag/dos fame), the heavy psyche of Tombstones in Their Eyes, the duo of punk ‘n’ roll bandleaders Eddie Spaghetti & Frank Meyer, Glitter Wizard lead vocalist Wendy Stonehenge’s electro-rock solo project Candy Whips, and last but not least, the gothic electro of Dark Mark & Skeleton Joe (aka Mark Lanegan and Joe Cardamone), released in partnership with Rare Bird Lit.

Fans of good music in general can look forward to upcoming releases by Glitter Wizard, Inger Lorre, Velvet Starlings and Harry Cloud as well as more from all of those previously mentioned