LA-based avant-garde artist CrowJane introduced her darkly alluring take on post punk last year with her debut album Mater Dolorosa. For her debut CrowJane, real name Heather Galipo, took inspiration from the experimental side of the punk underground and from her own background in surrealism and horror from her time as a professional effects artist. The result is relentlessly personal and haunting. Now CrowJane is back this year with a new video for one of the record’s highlights, “Delusion,” premiering with Under the Radar.

Driving rhythms introduce “Delusion” with an almost tribal intensity, colored by sporadic bursts of distorted guitar and an explosive vocal performance from Galipo. CrowJane conjures eerie soundscapes and instrumentals swirling with brimming intensity and marries them with an equally enticing visual narrative.

The song’s accompanying black and white video reflects on the pain and pull of addiction. As CrowJane explains, “The music video was filmed by David Morrison. I met David on a film I was on that shot in the Arctic for a month…He became a friend, he is also a musician, and, with COVID taking our jobs away, we wanted to keep creating…“We went to abandoned places in the middle of the desert to film to produce the feeling of broken emptiness. The song was inspired by the frustration and unmanageability of delusions and denial. The heartbreak of suffering from addiction and the repetition of ’ burning your life to the ground’. We wanted to try to portray that with footage of an environment that is in shambles, showing props of drug use, distraught expressions, and black and white imagery. Meanwhile, having the ‘performance me’ be the haunted side sane part of me being seduced by the tribal drums. I hope people can identify with the chaos and confusion that the video and the song portrays.”

“Addiction has control over so many lives and, in my opinion, commonly overlooked and misunderstood. Dealing with human suffering is hard and humans need to do different things to get through it . Sometimes the actions we take just lead to more suffering and sometimes we wake up from that and want something different. When I wrote this song I was going through loss and suffering from an addiction I didn’t understand. After meeting other people with similar experiences, I’ve grown to find that sharing the feelings of the experience to be a unifying relatable factor that can help others.”

Check out the video below and stream Mater Dolorosa, out now via Kitten Robot Records. 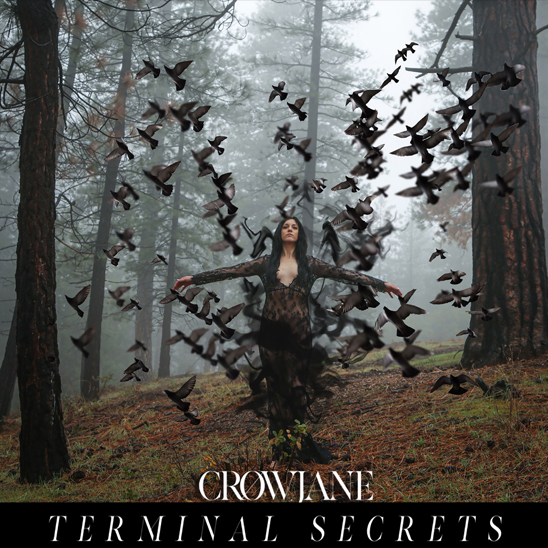