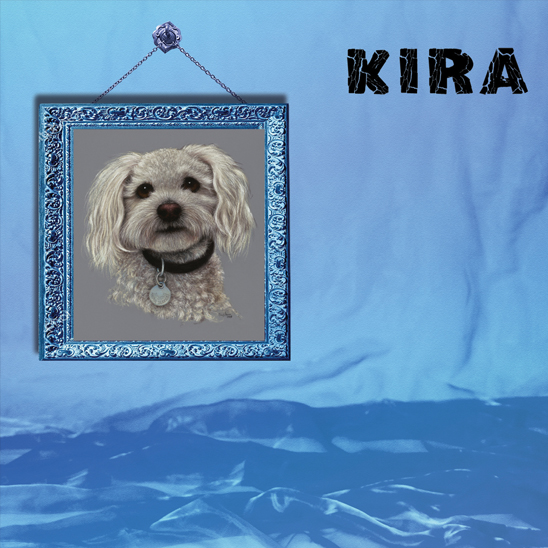 Kira Roessler, who played bass in Black Flag from 1983-1985 (appearing on the albums Family Man, Slip It In, Loose Nut, and In My Head), and then formed Dos with Mike Watt, is now releasing her self-titled debut solo album as KIRA on October 19 via Kitten Robot Records.

“KIRA is a labor of love that has been years in the making,” she said. “Writing these songs allowed me to express some of the feelings that were just impossible to express in any other manner. It still makes me cry. I hope someone else out there can experience something they need to feel through a listen.”

“These days, most of my music is created alone in my room and then fleshed out with tasty additions from close friends I request virtual musical bits from,” she continues. “Then, it’s off to Kitten Robot Studio where my loving brother and co-producer Paul Roessler helps me polish each song. The goal is simple – express my inner essence and hope that others might feel a bit of their own by listening.”

The first single is “The Ghosts,” and we’re premiering its video, which finds Kira playing it alone in an eerie, candle-lit room (with matching blue hair and bass). Her bass playing is as knotty as it is on those later Black Flag albums, but her singing has a haunting, ethereal dream pop vibe, and it’s great to hear this side of her. Check out the video below.