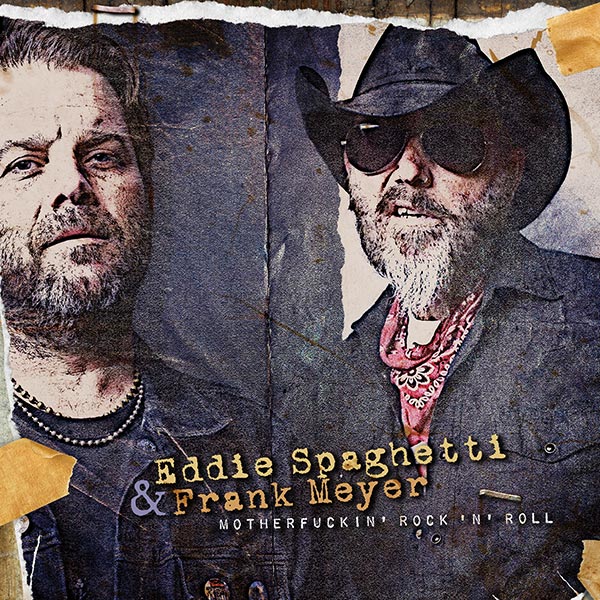 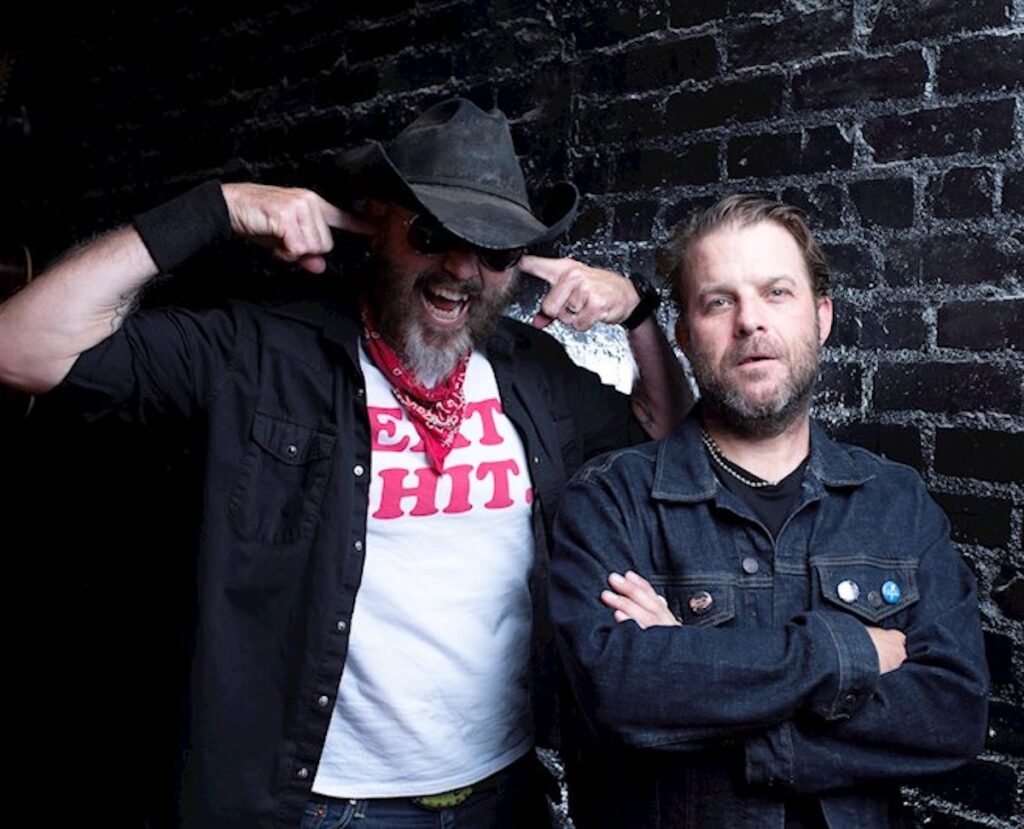 THE EDITED PRESS RELEASE: “Little did the world know that when The Supersuckers took The Streetwalkin’ Cheetahs out on tour for the first time back in 1999, the leaders of these two infamous punk ’n’ roll acts would remain pals and collaborators for over two decades! The evidence of this wild and rowdy union is all over their debut album Motherfuckin’ Rock ‘n’ Roll, a 10-song splatter-platter of dirty hard rock, chainsaw punk, outlaw country, and catchy hook-laden power-pop earworms by Eddie Spaghetti and Frank Meyer.

“Frank and I met in the before-times,” jokes ‘Suckers founder Spaghetti, “before all this COVID stuff kinda put everything on hold. Ours bands toured together a bunch over the years and we always stayed amigos, occasionally playing on some songs together over the years. But when The Supersuckers had to cancel our European tour in 2020 due to the travel restrictions from COVID, I suddenly had a lot of unexpected time on my hands.”

“The sessions started off in GarageBand at my apartment in Long Beach,” says Meyer. “Eddie and I would trade ideas over the phone or email, then he’d cruise up from San Diego to record his parts and I’d do the rest. Eventually we decided to go into a real studio to add live drums and bass and get a bigger sound on some stuff. Engineer Paul Roessler (The Screamers, 45 Grave) and (Cheetahs’ drummer) Mike Sessa really helped take it to the next level.”

“Frank is the studio wizard,” adds Spaghetti. “I’d play these rough ideas into my phone and send it to him, and a few days later he’d have these fully produced demos up and running, with keyboards, guitars, drums and everything. Soon we had enough material to head over to Kitten Robot Studios and turn it into a real album.”

Spaghetti and Frank continued writing, starting with the snarling title-track Motherfuckin’ Rock ’n’ Roll, which finds the guys trading vocal lines and threats, and sounding exactly what you would think a mix of the ‘Suckers and Cheetahs might sound like: Two-fisted, barn-burnin’, law abusin’ kick ass rawk! Spaghetti brought the moody Top Shelf Shame to the table, dusted off a swaggerin’ glam-rock gem from his ‘80s band Thai Pink called Tattletale, and penned the first single, I Think It Sucks (And I Don’t Like It). Meanwhile, Meyer brought the Cars-meets-Cheap Trick power-pop of Relationshipwreck and Knock My Teeth Out, the raucous Barroom Brawl, and the countrified You Can’t Take It Back. There are also two covers by classic ’80s bands on the album: A slammin’ My Sharona by The Knack and a revved-up Heartache by Kix. Better still, they got Knack lead guitarist Burton Averre to recreate his iconic solo from the beloved hit and Brian “Damage” Forsythe from Kix to play the leads in Heartache. For two rock nerds like Spaghetti & Frank, this was a major coup.

“I have always said that My Sharona is the greatest song of all time,” declares Spaghetti, “which is why I never had the nerve to cover it. It’s just so perfect. But when we found out we could get Burton Averre to play lead guitar on it, we knew we HAD to do it!”

“Kix is a band both Eddie and I love to nerd out about,” Meyer chimes in. “We both know Brian, and Eddie even produced an album by his other band Rhino Bucket, so it made sense to ask him to play on our Kix cover. But once he said yes, we kept sending him more songs and he ended up playing all over the album!”

Once the album was completed, the guys set out to pick and single a shoot a promo clip. The recently released music video for the first single I Think It Sucks — directed by Meyer, an award-winning film and TV director — was shot at The Good Bar & Eatery in Long Beach and features the ladies of local dance troupe Booty Burlesque. “We wanted to make a video where the ladies turn the tables on the guys,” says Meyer. “These gals are just trying to run a bar and serve folks their food and drink, but all the obnoxious dudes are just relentlessly hitting on them and being jerks. One by one, the ladies get the one-over the lunkhead guys and by the end are happily taking shots while counting their tips and stacking their loot.”