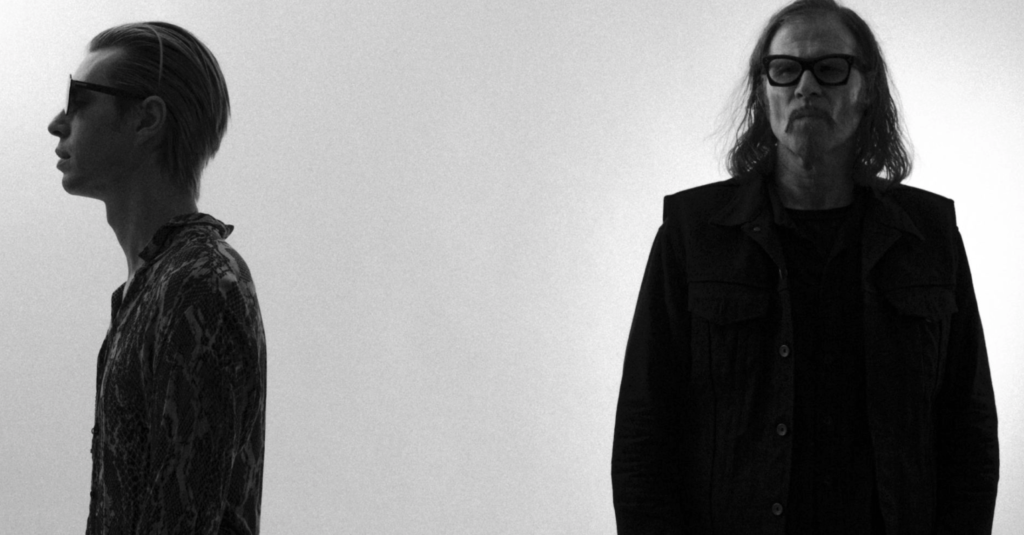 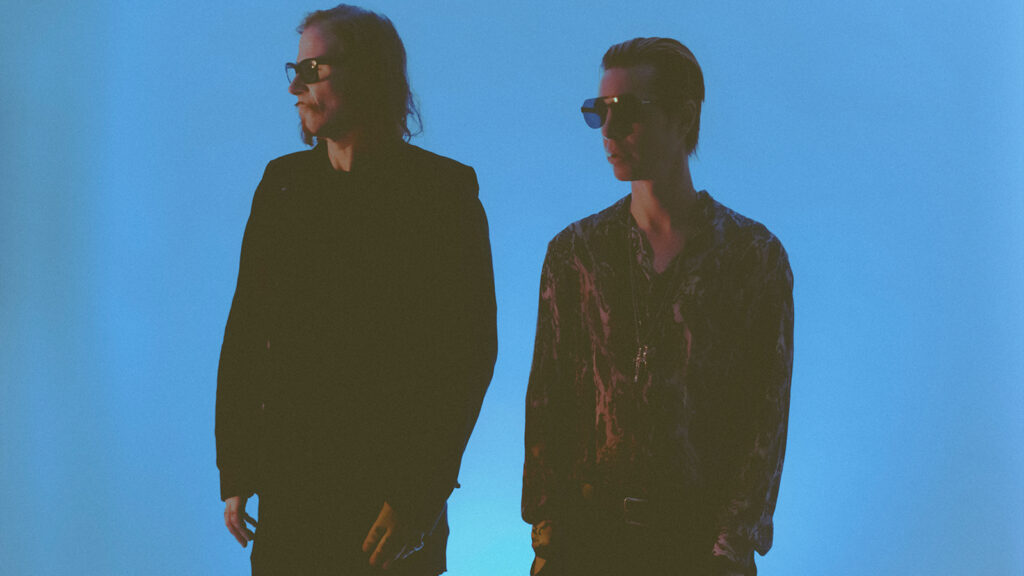 Dark Mark vs. Skeleton Joe – the collaborative project of Mark Lanegan and Joe Cardamone – have announced their eponymous debut album, set for release later this year.

They’ve coupled the news with a striking new single titled ‘No Justice’, marking a drastic leap into uncharted territory for both artists. It’s a dizzying, distortion-tinted techno thumper, with Lanegan and Cardamone trading vocals over almost five minutes of visceral and punchy industrial beats.

In a press release, Lanegan (who fronted grunge band Screaming Trees from 1985 to 2000, and has a sprawling portfolio boasting collabs with the likes of Mad Season and Queens Of The Stone Age) noted that Dark Mark vs. Skeleton Joe was born out of his and Cardamone’s wishes to explore beyond the boundaries of the genres they’d previously dabbled in.

“The fact that it’s not like anything either one of us have done before is what makes this so interesting for me,” Lanegan said. “When you have done as much stuff as Joe and I, you have to constantly search for the different and challenging to keep yourself engaged.”

Cardamone, best known as frontman of post-hardcore outfit The Icarus Line between 1998 and 2015, added: “The project is called Dark Mark vs. Skeleton Joe because we both have assumed these alter egos over the years. The material we wanted to do together seemed to take well to the idea that our personas here are as if we’re now outcasts to our own creative selves.

Lanegan had previously utilised his Dark Mark pseudonym for two Christmas albums, once in 2012 and again in 2020.

Also landing in 2020 was Lanegan’s 12th solo album, ‘Straight Songs Of Sorrow’, serving as a companion to his memoir Sing Backwards And Weep. NME gave the record a four-star review upon release, writer Kevin EG Perry praising it as “open and viscerally honest” and “music that salves the soul”.

The debut Dark Mark vs. Skeleton Joe album is due to land on October 15 via Rare Bird/Kitten Robot.