New single + video from TOMBSTONES IN THEIR EYES! “I Can Hurt All The Time” 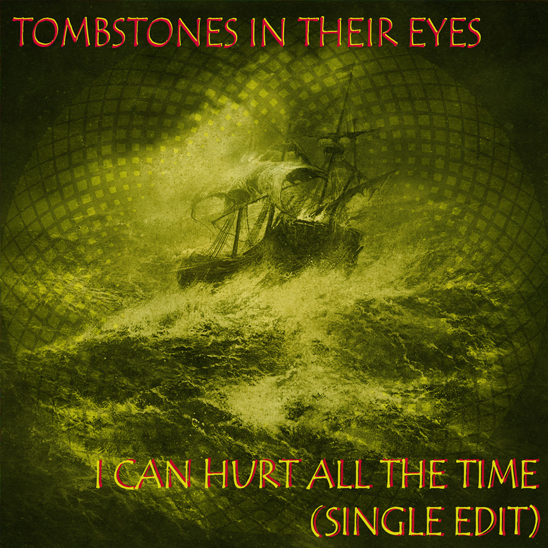 OCTOBER 22, 2021 (Los Angeles, CA)  — Following the release of their critically-hailed, neo-psychdelic post-punk album Looking For A Light earlier this year, Kitten Robot recording artists TOMBSTONES IN THEIR EYES (TITE) have now released a striking video for the track “I Can Hurt All The Time.”

Shot in black and white, the cinematic video serves as a metaphor for the song’s themes of depression and anxiety, featuring an unknown man covered in cracked body paint clawing at himself underwater in pain. Interspersed with footage of various dying flowers and a desolate, foggy forest fire, the footage projects the isolation and feeling of hopelessness that accompanies bouts of mental illness.

“The lyrics for ‘I Can Hurt All The Time’ were written, like almost all of my lyrics, in a stream of consciousness, singing and keeping whatever words come out the first time,” says vocalist/guitarist John Treanor. “In this case, only one line was tweaked to better suit the song. So, this is what came out of my subconscious that night. And, having suffered from depression, it outlines a feeling that I have experienced: depressed, exhausted from not feeling ‘good’ and yearning for a good day.”

“The music video was done by a gentleman name Jakub, who lives in Poland, and goes by the moniker Chariot of Black Moth,” continues John. “He chooses the imagery based on the content of the song and in this case, at least, nailed it perfectly.”

Attracting fans of desert rock, shoegaze, goth, and neo-garage without aligning themselves directly with any these camps, TITE have been creating a fuzzed-out, psychedelic swirl for the past few years. Now with Looking For A Light, TITE have shifting their sound ever-so-slightly while elevating it up a few notches. It is an album swathed in thick fuzz that allows its melodies to shine bright.

John concludes, “Like our other songs that deal with depression, the desire is that other folks out there who suffer similarly can relate with the feelings, know that they are not alone and that there is hope.”