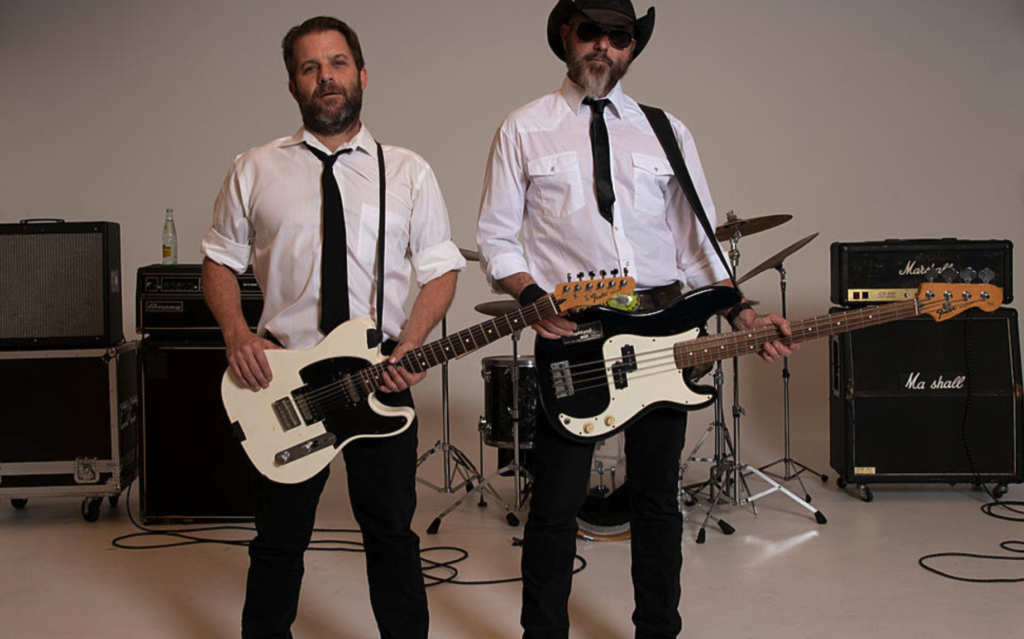 Supersuckers frontman Eddie Spaghetti pays tribute to the Knack‘s hit “My Sharona” by putting on a skinny tie and recreating the song’s classic video.

Spaghetti and Frank Meyer of the Streetwalkin’ Cheetahs spent lockdown making an album. Drawn by their mutual love for the Knack’s 1979 No. 1 single, they decided to track down that band’s guitarist, Berton Averre, and ask him to play on a cover version.

It was a Hail Mary worth going for, says Spaghetti. “I have a friend that knows Berton, so we reached out,” he explains. “He was free like the rest of the world and agreed to do it.”

Nashville Pussy guitarist Ruyter Suys, a longtime friend of Spaghetti and Meyer’s, subs for Averre in the video. “We looked just like the Knack,” she notes. “Or waiters.” You can watch the exclusive premiere of the video below.

The group did its best to make the video a true homage to the original clip. “The opening and closing shots, plus the stuff around the end of the solo and drum break, are all frame-by-frame recreations of the Knack shots,” Meyer says. “Of course, we all wore white dress shirts and skinny black ties.”

The “My Sharona” cover appears on Spaghetti and Meyer’s new album, Motherfuckin’ Rock ‘n’ Roll. In addition to the Knack tribute, there’s a Kix cover song. The other tracks on the LP are originals.